To find newer posts, please head to our new site http://pandbmotorsports.com/. Same writing, videos and photos, just an new address.
Posted by David at 5:05 AM No comments:

How does one summarize the "event of the century" if you are a Volvo fan? Not easily. I think maybe I have finally recovered enough to do this.


This all started 16 months earlier when Ray Freiwald and I got together with Volvo trucks president and fellow 1800 racer, Goran Nyberg, at The Hawk. Goran was an enthusiastic supporter of the idea of getting together all the Volvo racers we could find. It turns out there are about 90 of us on this continent, so convincing more than a third to be part of an event is downright respectable. The convincing factor was, without a doubt, coming up with $20,000+ to help with transportation.Thanks to Volvo Car USA, Volvo Trucks, ipd, and Volvo Penta for contributing to that fund. 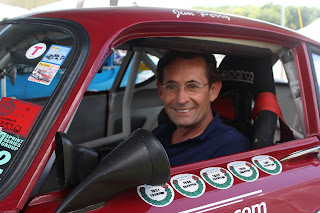 We had 33 race teams in the North Paddock at Road America, which turned it into Volvo City. Volvo Club of America was there with us for their 2016 National Meet. Corporate Volvo, now known as Volvo Car USA, had an enormous tent with their displays – new cars, Heritage Cars (our ’73 ES was one of them) and enough to keep anyone busy. The Volvo Executive Team was there as well.

Mike Dudek, owner of iRoll Motors and P and B Motorsports sponsor, flew in from California to help
with the VCOA National Meet (David Irvine photo)

Most of this will be a pictorial post, but I will say a word about the all-Volvo race that took place on Saturday. There were Volvos ranging from nearly bone stock 544’s from the ‘50s to current SCCA-running 1800s. The latter are much lightened with fiberglass panels. Bruce Ackerman brought what I would call a tube frame GT3 car that is about as trick as I have ever seen.

The consequence was that we knew lap times were going to be wildly different, so we created 6 trophy classes for the race.

I was in the “Vintage 1800” class. Josh Rodenbush and I had a great race. His car was classified for the weekend as 2A, slightly faster than my 2B. Turns out VSCDA was right. While I led a bit more than half of the race, Josh jumped ahead in Turn 1 on Lap X. I had one opportunity to regain the lead, but it was risky, and I have drummed in my head “If you are not sure it will be a safe pass, don’t do it.” Josh and I raced to the finish line together, with the timer saying that he beat me by 0.05 seconds. 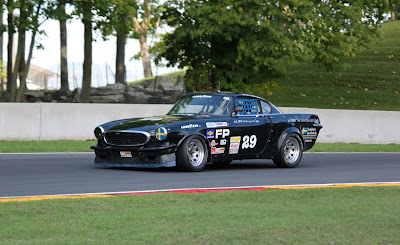 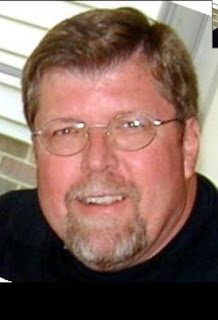 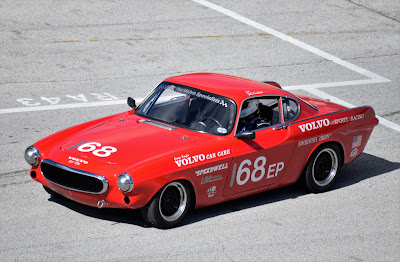 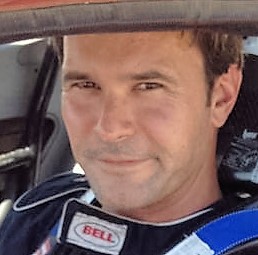 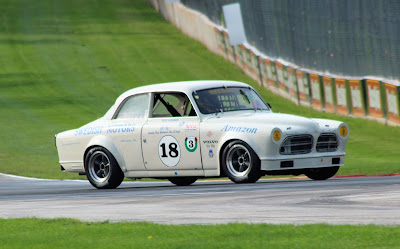 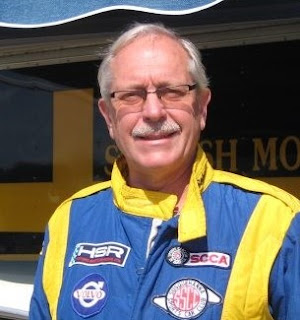 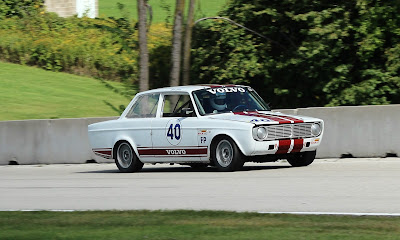 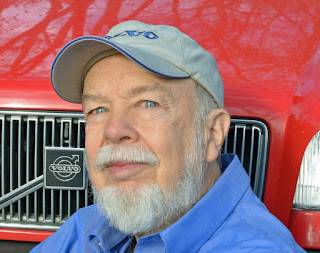 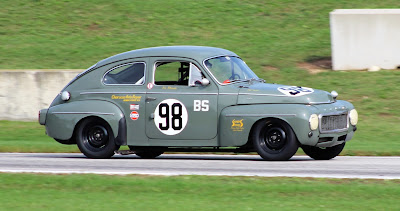 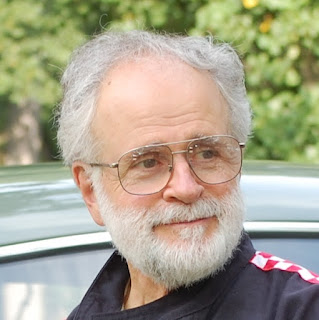 Here’s some video of that race ... (Disclaimer: I'm learning a new video editing program and there are some spelling errors that crept in. I do know how to spell "Ackerman" and "something.")

And on to the pictorial essay…

So this has been mostly (?) about the "Volvo Nationals: Swedish Speed and Style." But there was a full weekend of VSCDA racing going on too, including three Cup Races.  I saw this car there, so there must have been something else going on ... 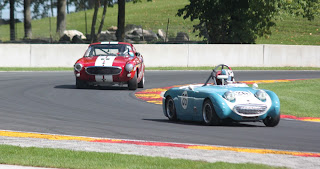 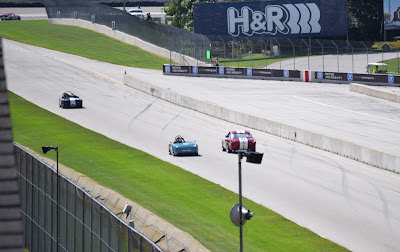 Early in the race, that's Cana Comer in her Bugeye Sprite from River Hills, WI

And a little later in the race :-)

Special note needs to be made of the Kimberly Cup win by none other than our own Todd Jongen! 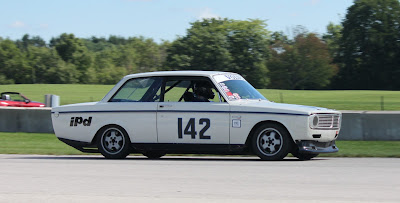 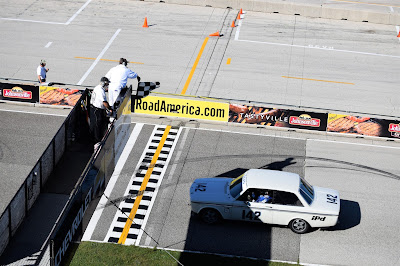 Thanks to the photographers who provided me with 2000 pictures to choose from ...


And finally, a special thank you to two people without whom this would never have happened.